5 Important Lessons I’ve Learned from Reading about the Holocaust

Today is International Holocaust Rememberance Day, the anniversary of the liberation of Auschwitz, the largest of the concentration camps built by the Nazis.

This day was designated by the United Nations General Assembly to commemorate the six million Jews and other victims that were murdered and to promote the urgent responsibilty we all share to prevent future genocide.

I think most people are in agreement that the Holocaust was something worse than a tragedy…a slow burn that ignited the absolute worst in humanity.

The remaining survivors are in their twilight years now, and soon there will be no one left who actually lived through those horrific events. To me this means that we must consider how the lessons from the Holocaust will live on for each of us personally.

Let me say clearly that I am not a researcher or a scholar of the Holocaust. But in the books I have read and the survivors I have watched and listened to, there are five important things that really stand out to me.

I think they are worth sharing.

In the long run, the sharpest weapon of all is a kind and gentle spirit.

The Importance of Small Acts of Kindness

Aesop may have originated the sentiment that ‘No act of kindness, no matter how small, is ever wasted’, but in every account of the camps I have read or heard, it is proven over and over. Survivors remember the smallest kindnesses: either as a gesture that kept alive their will to live, or literally an act that allowed them to survive another day.

From the French woman (a forced labor inmate) who gave Elie Wiesel a crust of bread and quiet words of encouragement after a beating… to the Capo who gave Viktor Frankl a place at the front of the food line in exchange for listening to his love troubles…these small acts live large in the memories and the memoirs of the survivors as proof that even in the midst of the greatest of inhumanity, kindness is a quiet and powerful form of rebellion.

And sometimes can be the difference between life and death.

-Edith Eger, psychologist and Holocaust survivor, author of The Choice: Embrace the Possible

The Importance of the Power to Choose our Response

Viktor Frankl was a survivor of not one but four concentration camps. In his famous book Man’s Search for Meaning he says:

“Everything can be taken from a man but one thing: the last of the human freedoms – to choose one’s attitude in any given set of circumstances, to choose one’s own way.”

He speaks of those prisoners who went out of their way to encourage others. The ones who went to the gas chambers with their heads held high.

And once the war was over, other survivors, like Nobel Peace Prize recipient Elie Wiesel, made the choice to dedicate their lives speaking out against indifference in the face of human suffering.

Corrie ten Boom, a survivor who helped to establish places of healing for survivors, chose to travel the world preaching how God’s love can overcome even the darkest night.

These people lived through the darkest hour of human history and chose their response. I’m sure it was not easy or what came naturally, but they walked through the fire and refused to be consumed.

They are a powerful example that we always have one choice left: the choice of how we will respond.

The Importance of Recognizing our Common Humanity

In the Preface of his famous memoir Survival in Auschwitz, Primo Levi writes, “Many people, many nations, can find themselves holding, more or less wittingly, that ‘every stranger is an enemy”.

Much of what I have read talks about how the whole ‘Final Solution’ movement was built on the propagated idea that the Jews were somehow responsible for the difficulties of the average man in Germany after WWI.

The country was struggling to recover, and Hitler took the opportunity to point a finger in the direction of someone who could be blamed for the people’s dissatisfaction. And since human nature desperately wants  to be able to assign responsibility for anything that has gone wrong, the Germans were persuaded that yes, those ‘other’ people were responsible for their current troubles. If the Jews were removed, then things would be made right again.

So people looked away.

And the root of evil, here, is not merely the escalation of the violence, which is horrible enough, but the permission of the masses: “the turning away, the choosing not to see or know, of bystanders”. (Ervin Staub, quoted by Viktor Frankl)

Many of the survivors have dedicated their lives to the cause of speaking out, not just in remembrance of the Jews who were lost, but for the cause of humanity at large and the dangers of seeing people as ‘other’.

Kitia Altma spent almost 30 years as a guide and interviewer teaching students about the holocaust at the Jewish Holocaust Centre in Australia. She passionately advocated for the recognization of many of the non-Jews who risked their lives and sometimes the lives of their families to help during the war.

“I would like the children in the future to know that the universal importance of the Holocaust is not because it happened to the Jews; it is because of the dehumanization of human beings.” -Kitia Altman

I think Anne Frank said it quite well:

We all live with the objective of being happy; our lives are all different and yet the same.

At first, say 20 years after the war, all Holocaust survivors and especially prisoners of Auschwitz were not talking at all (of their experiences).

We were not talking because people didn’t believe … that what we are telling is true.

The Importance of Bringing Evil into the Light

The horrors that were suffered by the survivors did not end at the liberation of the camps. Many returned to find that their homes, as well as all their loved ones, were gone forever.

And not only were they alone, but their neighbors and friends claimed not to have ‘known’ what was going on, or actively disbelieved the horrible stories told about what had happened: stories to terrible to be real.

Eva Mozes Kor and her sister were twins who from the age of 7-11 years old were experimented on by Dr. Josef Mengele at Auschwitz. After the camps were liberated, they spent the next year trying to get back home to Transylvania, only to find their entire family had been killed.

Eva later married another survivor and moved to the United States and began a family, but she continued to be ‘other’.

The women in her community found her broken English and foreign ways something to avoid. There was no one who could relate to her experiences, or frankly, wanted to talk about them. The rest of the world wanted to move on from the horrors of the war.

Even Elie Wiesel’s famous memoir, Night (originally titled And the World Kept Silent), took years to be published, particulary here in the US. Publishers believed that readers would not be interested in the horrors of the war.

But these survivors suffered additional injury at the hands of everyone who wanted to move on and allow what actually happened to fade into the past.

Bringing evil into the light is a gift that promotes healing. And many of the survivors have made it their life’s work to make sure the world remembers.

Eva Mozes Kor established CANDLES (Children of Auschwitz Nazi Deadly Lab Experiments Survivors) in 1984, as a way to find other suvivors of the twins experiments and give them support. In a speech given at a doctors symposium in Berlin in 2001 she states:

“Both the victims and the victimizers—by verbalizing their painful memories—could have started the healing at once… How can we build a healthy, peaceful world while all these painful legacies are festering underneath the surface?”

The opportunity for these people to speak out…and be heard, has been a pathway towards restoration and a model for how keeping silent only causes more pain.

You will find it is necessary to let things go, simply for the reason that they are too heavy.

The Importance of Resilience

Viktor Frankl coined the idea of ‘saying yes to life in spite of everything’. He writes:

“It did not really matter what we expected from life, but rather what life expected from us…{Man’s} unique opportunity lies in the way in which he bears his burden.”

I am not suggesing that these people did not struggle to find the light again.

But account after account shows that many survivors used their suffering as the fuel to change the world:

To recognize the non-Jews who helped and sacrificed.

To seek out and help their fellow survivors heal.

To seek justice for the dead.

To share a message of hope and life to the world.

Many of them actively worked to forgive.

“I do not hate anyone, not even Hitler. Hate is a disease which may destroy your enemy but will destroy you in the process. You may not like everyone, but that doesn’t give you the right to be nasty to them. I don’t love everyone but I hate no one. There is no revenge; ­staying alive is the only revenge.

I have seen the very worst in mankind, the horrors of the death camps, the Nazi efforts to exterminate my life, and the lives of all my people. But now I consider myself the happiest man on Earth. Through all my years I have learnt this: life can be beautiful if you make it beautiful … Happiness is something we can choose. It is up to you.”

I can think of no greater inspiration than that.

There are thousands of resources available about the Holocaust These are just a few of mine.

Survival in Auschwitz by Primo Levi

The New Yorker: The Art of Witness

The Diary of a Young Girl by Anne Frank

The Book Thief by Markus Zusak

NPR: It’s for you to know that you forgive

The Centre News: Sharing Stories of Resiliance and Survival

The Guardian: The Holocaust Film that was too Shocking to Show

Reuters: I Stayed Alive to Tell

TEDxMidAtlantic: How the Magic of Kindness Helped Me to Survive the Holocaust

BBC: How a US TV Series Changed Germany 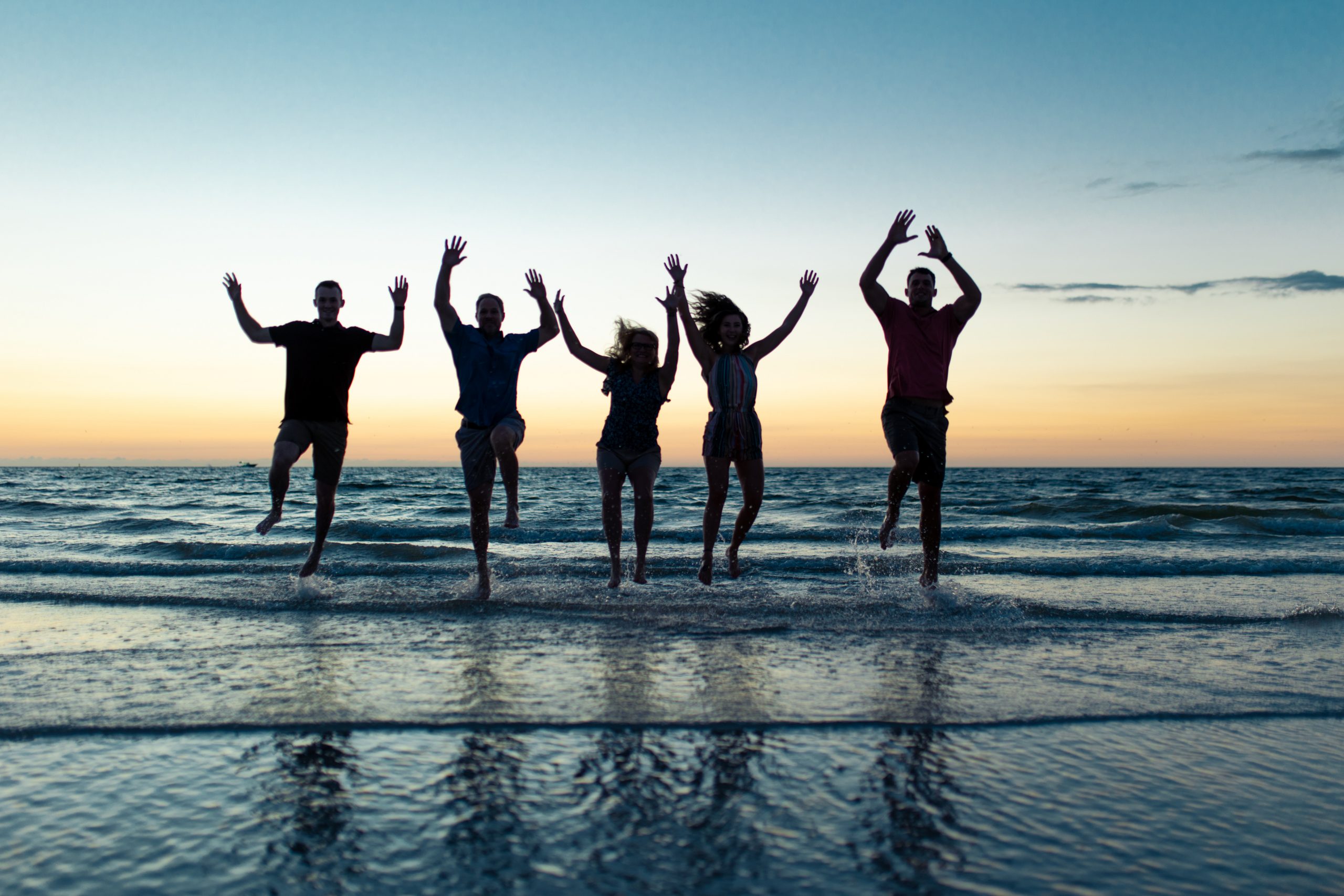 Add some joy to your inbox.

Subscribe to receive weekly inspiration from The Confetti Coach

Inspiration is on the way!